Learning from the Best

The world is full of great negotiators. Whilst they all operate in their different and often specialized contexts, there is 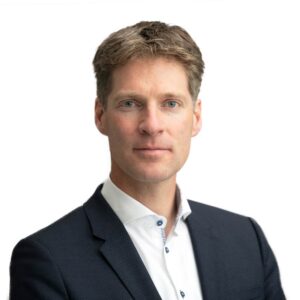 much that we can take away for our own interactions. At &FLUENCE we are kicking off a series on people we admire as negotiators and what we can learn from them. First to join us is Marcel Beukeboom, career diplomat and former climate envoy to the Netherlands.

Establishing long-term relationships is important for all of our negotiations. However, the saying ‘You always see each other twice’ rings especially true for climate negotiators like Marcel that will already have planned the next COP in their agenda before the current has been concluded. Together with the often polarizing opinions on climate change, this makes climate negotiations an ideal context from which to understand how to put trust building at the top of the agenda.

From a negotiations standpoint, climate agreements are amongst the most tricky: Multilateral agreements between a variety of culturally different players where not only an overall consensus is needed, but all actors are voluntarily sitting at the table and free to leave at any time. Add to that the perspective of determining how human life and the planet we call home will develop, and it’s safe to say that these interactions carry a large sense of pressure and responsibility.

‘It’s an exercise in untangling impossible knots’, Marcel describes. Whilst the climate negotiations play out on very specific issues such as carbon reduction and funding, they are linked to many complex topical areas. From geopolitics and international supply chains to security and gender issues, climate change influences them all. Furthermore, they are shaped by some unusual dynamics as often the largest polluters doing the most harm hold the most bargaining power at the table. This imbalance often stands in the way of finding constructive solutions, as climate action benefits everyone regardless of their involvement in the solutions.

This is why Marcel reinforces the need to enter the negotiations taking a long-term perspective. As he states: ‘You can have victory in the one fight, but still lose the war’. As tempting as it may be to play dirty tricks in light of the high 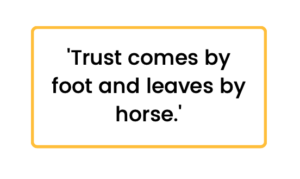 stakes, these short-term achievements are often not worth the larger roadblocks they will put in place for the future of the process. Marcel recounts that this was the case with the Paris agreement where despite several countries still having hesitations, it got pushed through. ‘In that moment you have made your own opposition.’ He says that as positive as the declaration was, the resulting resentment represented a setback in some of the country’s trust relations.

So how can you rebuild that trust and find a way to common agreements again? This act will most likely need to take place outside of the actual negotiation setting. What for most of us are coffee breaks and informal lunches, the politicians Timmermans and Sharma took a step further in preparation for the COP26. They traveled throughout the entire world to sit with everyone, big or small, powerful or voiceless, and to listen. As is true with plenty of negotiations, there is a weightly history to many of the arguments involved, from small island nation’s plea to save their lands to others where fossil fuels represent their main source of exports. By truly listening to the counterpart’s perspective, understanding where they are coming from and focusing on their underlying interests, a basis for trust away from initial resentment can be built again. However, as Marcel clearly illustrates: ‘Trust comes by foot and leaves by horse’ – as difficult as it is to rebuild, the easier it is to destroy.

One of Marcel’s main recommendations is to approach trust building as a two way street: Before all else, you have to check our own assumptions and opinions before entering the negotiation. He recounts that many of his colleagues 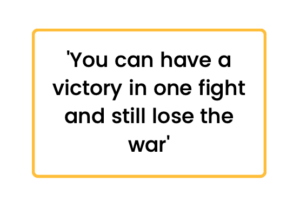 are frustrated with the continuously recurring subject of fairness in the climate context as they see this as distracting from the bigger picture. He doesn’t agree: ‘We as the developed countries have been taking up much too much space at the negotiation tables of the world and this is no different for climate change. Giving back any of that space to others feels unfair to us.’ Marcel goes on to say that at the beginning of rebuilding trust must be a willingness to admit to own mistakes and want to rectify them. Without being able to reflect and recognize these dynamics, trying to reach a viable understanding is futile.

Naturally, realigning historical power imbalances in negotiations will never be easy and such actions will only represent the first step. At the end of the day, in climate negotiations or others, Beukeboom says there is only one surefire way to rebuild trust long-term: Clear and reliable commitments that are not just lip service. This includes recognizing past injustices that have occurred and proactively suggesting viable measures to make amends. Trust cannot be built without such a fundament that comes out of long-term consistency in appearance and agenda.

Beukeboom very honestly highlights the failures that current climate negotiations have and shows up the long, yet necessary path there is to go. Regardless, his insights and lessons show an approach that is not only applicable in all of our negotiations, but is also intrinsically rooted in collaboration and mutual respect.

Our minds are bursting with ideas.

NOTE: These settings will only apply to the browser and device you are currently using.

In order to enhance the user experience on this website we collect anonymised user data for analytical purposes. This data will be stored in the relevant tool and is deleted after 26 months. Access to this data is limited to the owner of this website and the contracted agency [Studio Alloy] that analyses the data.For the collecting of data third party tools are used. One or more of the following tools can be used at different times.